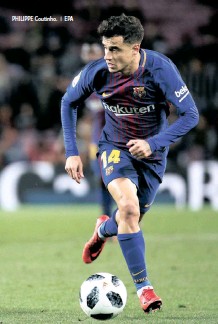 LEEDS boss Jesse Marsch has hailed the spirit at the relegation-threatened Premier League club after owners met with the squad in an attempt to boost their survival push. Marsch’s side are in danger of slipping back into the Championship after two seasons in the top flight, with two games left. Leeds are third bottom of the table, below Burnley on goal difference heading into tomorrow’s game against Brighton. A 3-0 home defeat against Chelsea on Wednesday pushed Leeds closer to the trap door but Marsch said the following day the club’s ownership addressed the manager and his players. “We actually had ownership speak to the team yesterday, they were all totally unified,” Marsch said at his pre-match press conference yesterday. Leeds are joint-owned by chairman Andrea Radrizzani and 49ers Enterprises, the investment arm of NFL franchise San Francisco 49ers. Leeds vice-chairman Paraag Marathe, president of 49ers Enterprises, was watching from the stands for the Chelsea game and Marsch said the owners’ show of support had been “incredibly helpful”. “In difficult moments, I’ve been really impressed with everybody’s ability to stay together, unified, supportive,” said the manager, who replaced the sacked Marcelo Bielsa in February. “That part’s been awesome, and it allows me to focus on what I need to do to get the job done with our team. “I think they just tried to say that we have everything still in our grasp, and (focus on) our ability to recover and go again and believe.” Burnley visit top-four chasers Tottenham tomorrow, giving Leeds hope that their relegation rivals could drop points. Everton, two points ahead of Leeds, face Brentford tomorrow, having taken seven points out of the past nine on offer. “It’s been a big push on and off the pitch for the club and sustaining that is not easy and not normal,” said manager Frank Lampard. “We’re not over the line. The minute you switch off or you stop doing the good things this game can punish you. “To try to keep that momentum until the end of the season is a big deal.” Meanwhile, Aston Villa boss Steven Gerrard said yesterday that Philippe Coutinho would “go up a level” after signing a four-year deal to join the Premier League club from Barcelona. The 29-year-old Brazilian, who has moved for a fee of $21 million (about R339.364m) has impressed since arriving at Villa on loan in January after struggling to make an impact in Spain. Coutinho, who played with Gerrard at Liverpool, has scored four goals in 16 appearances and the Villa manager expects him to improve. “To have him here full-time and settled, he’ll go up another level because that feeling of knowing where he’s going to be playing his football for the next four years will help him settle,” said Gerrard, whose mid-table side host Crystal Palace tomorrow. “He’s a player that needs to feel wanted, he needs to feel support. Everyone has played a part – me, the coaching staff, all the support staff and, most importantly, the owners, (CEO) Christian Purslow and (sporting director) Johan Lange have made him feel really special. “That’s where the decision’s come from. He feels really happy here and it’s fantastic that he wants to be part of this journey.” |